The Argentine ambassador was Felföldi's guest 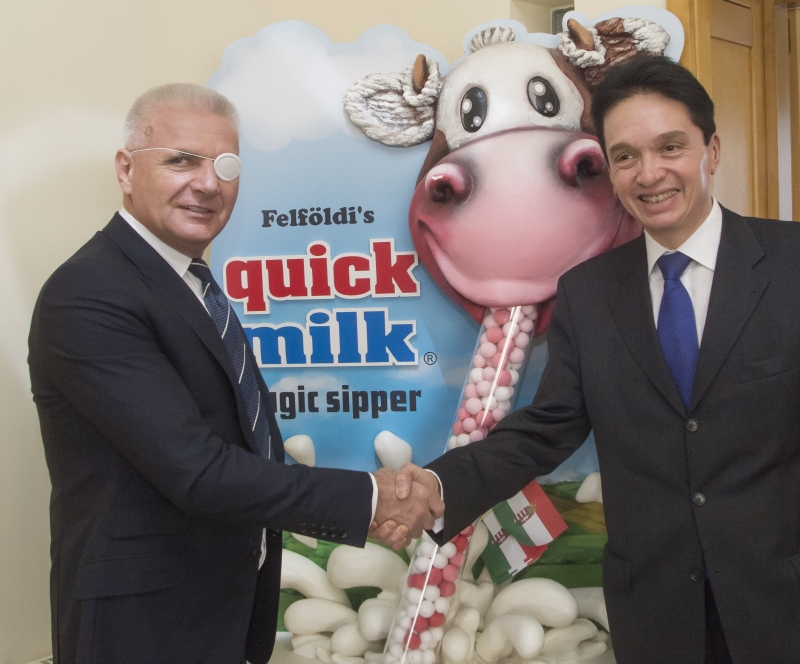 On the 11. March 2015. Felfoldi Confectionery Ltd. received the Hungarian Embassy of the Argentín Republic’s temporary agent, minister Claudio Giacomino as a guest.

The diplomatic guest was welcomed by Joseph Felfoldi, company owner. Within the more than 1 hour long visit, the Argentin guest visited the factory, where he observed the different products’ preparation process. He got interested in the process of the Quick Milk making, and after tasting the product, he claimed he was not surprised why the straws were so successful in more than 80 countries of the world. He declared that he will work on getting more fame of these products and the company in his own country.

Joseph Felfoldi, the company’s manager and owner welcomed the diplomatic guest. During the hour-long visit he had the opportunity to view all the workshops and manufacturing processes. He was really interested in the making of Quick Milk. He claimed he’s keen on to familiarize the company’s products in Argentina.


Categories: Felfoldi news Tags: Argentine ambassador, guest
If you liked this article, don’t forget to share it with your friends
Tell us what you think