The Cornstixx had a bigger succes than our national football team. 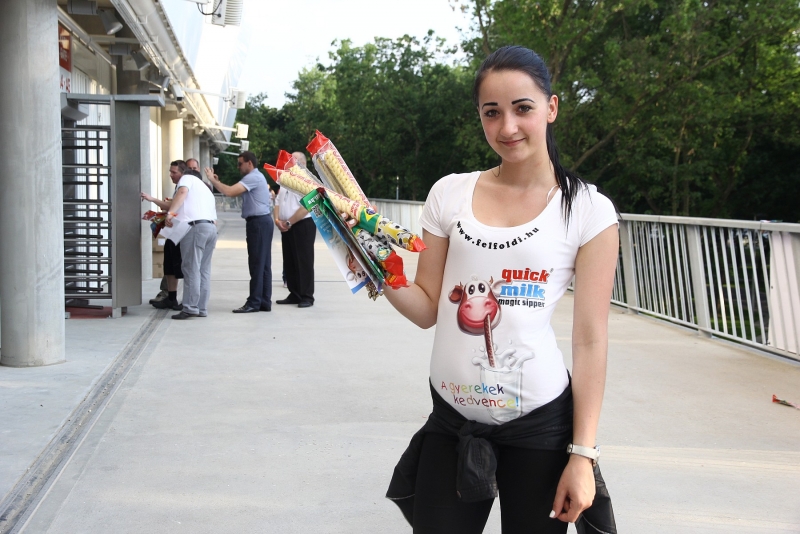 It was a rather nice feeling to see on the evening of 22nd of May that during the Hungarian – Danish football match, nearly 20.000 spectators had been crunching the salty Cornstixx, which is  one of the successful products of the Felföldi Confectionary Ltd.

Two hours before the match, pretty girls offered the salty snacks at the 20 gates of the stadium. There were spectators who took many turns for the Cornstixx. The owner of the stadium’s buffet claimed that between the 2 half-times the beer consumption had doubled – differently tot he usual -, thanks tot he salty snack. The Felföldi Confectionary Ltd. contributed to the match with nearly 4 million forints with this act.


Categories: Social engagement Tags: football match, cornstixx, Felföldi
If you liked this article, don’t forget to share it with your friends
Tell us what you think